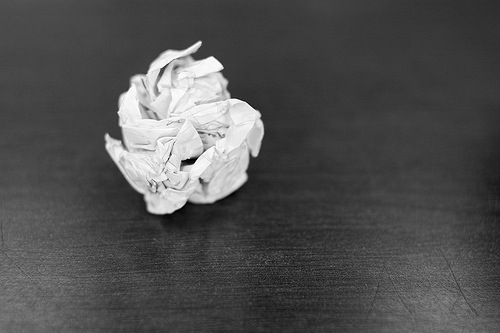 By Richard Ankers
A persons ability to judge something and act upon it never ceases to amaze me.

The example I would use would be picking an item up and throwing it into a bin. I bet you can tell I love to do that. Nothing to it, you shout. Perhaps. Perhaps not? First there is the tactile information garnered by touch. We weigh the item in our hands, judge it against thousands if not millions of other objects we’ve handled and make an assumption as to the force required to propel it. There’s the object’s exterior to consider: rough; squishy; aerodynamics; liability to collapse and many more. There’s the distance between it, us, and the target. I could go on, but I think you catch my drift. There are so many variables to consider in the simple task of lets say rolling up a chocolate wrapper and tossing it over your wife’s head and into the bin behind her. So much to get right. So much to understand. A miracle one might say.

And yet we still can’t understand each other. Crazy, when you think about it.

Richard Ankers is a writer at HarperCollins & his musings can be found here: http://richardankers.com/